Prevalence of malnutrition in The Netherlands

The prevalence of malnutrition is high in all sectors of the Dutch healthcare system. On average, one in four or five patients in hospitals, healthcare institutions and home care is malnourished. Risk groups for malnutrition are vulnerable elderly, chronically ill patients, oncological patients, patients who have undergone major surgery (or are about to undergo it), and patients with a major physical injury. When interpreting prevalence figures, we must realise that they are based on different sets of criteria. The criteria used are presented in the figures below. 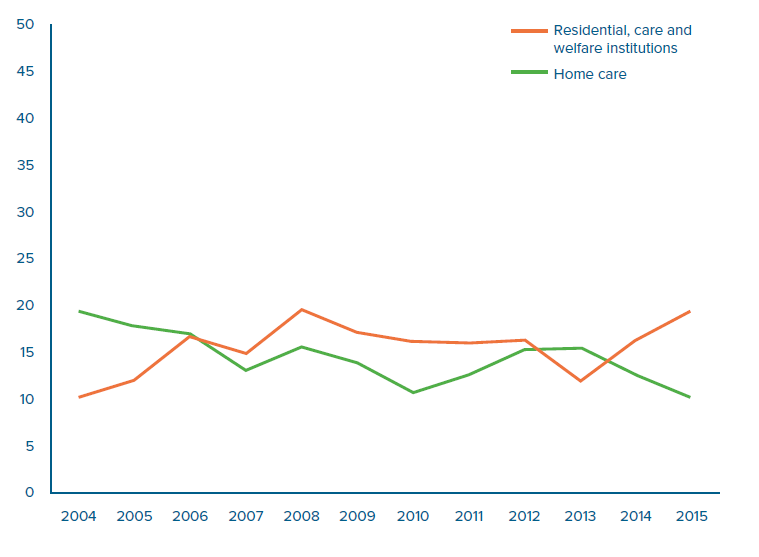 Figure 1 – Prevalence of malnutrition in the Netherlands in 2004-2015, LPZ (home care, residential, care and welfare institutions)

Criteria used: A client is malnourished if he or she meets one of the following two criteria: BMI (Body Mass Index) less than 18.5 (clients aged 65 years plus BMI ≤ 20.0); unintentional weight loss exceeding 6 kg in the last 6 months or exceeding 3 kg in the last month. (1)

In 2016 the Malnutrition Steering Group and the Dutch Association of Dietitians (NVD) analysed the screening results (SNAQ and MUST) upon admission of 564,063 patients from 13 hospitals in the period 2007 to 2015. On the first day of admission, the screening outcome revealed 14 – 15% of the patients were “malnourished”. This percentage varied according to medical specialism from 2% to 38%. The prevalence of the screening outcome “malnourished” was highest among patients from the specialisms geriatrics (38%), oncology (33%), gastroenterology (27%) and internal medicine (27%) (figure 2). (2) 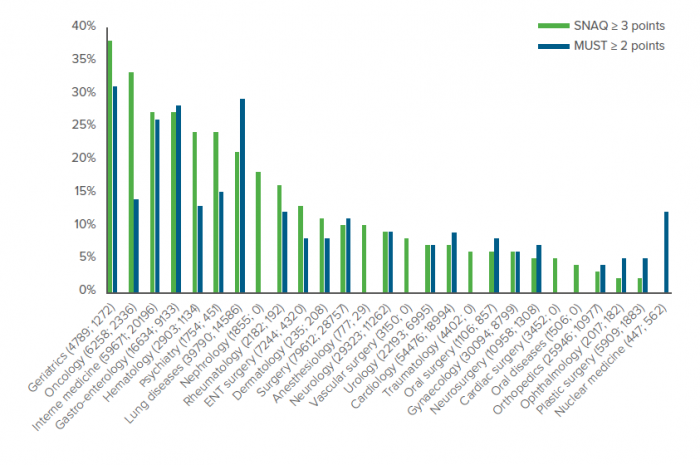 The prevalence of malnutrition in children upon admission to the hospital in Europe and the Unites States was 6 –  14%, whereas in the Netherlands is was about 10% and increased to 19% during hospitalization (3). At present, no prevalence data for malnutrition among children in primary care is available.